The performance achieved during the year 2019 validates Transdev’s strategic reorientation on its core business activities with local authorities and businesses. The year was marked by a 6.7% increase in revenue at €7.416 billion, a current operating income of €145 million and a net income group share of €45.7 million.

Fields marked with an asterisk are required.

The support of its two shareholders, Caisse des Dépôts Group and the Rethmann Group, as well as the establishment of a new Executive Committee, have helped to accelerate the company's transformation.

Transdev was able to exceed its commercial objectives in 2019 by:

2019 has been the year in which we have implemented our strategic plan, with the strengthening of our activities with communities and businesses and the disposal of our B2C activities. The mobilization of our shareholders and a revamped Executive Committee have enabled us to infuse a new momentum into this plan, which will bring new gains both in France and internationally. Transdev is more than ever committed to its clients to develop its mobility offers in all regions and communities, to transform mobility in order to adapt it to the demands of ecological challenges.

The 6.7% increase in Transdev’s revenue (€7.4 billion) reflects the group’s good commercial performance and the successful implementation of contracts previously won in France and abroad. Organic growth, excluding the effects of exchange rates (0.6%) and acquisitions/disposals (3%), stood at 3.1%.

The increase in the Group’s growth in 2019 is in line with the Group’s strategy of repositioning its business portfolio with the completion of the following disposals: Eurolines-Isilines long-distance coaches, SuperShuttle shuttles, taxi services in the United States and Flygbussarna airport coaches in Sweden, which closed on March 2, 2020. In return, major acquisitions in services to public authorities were concluded, such as Rhenus Veniro (German public transport branch of the new shareholder Rethmann: bus, trains) in Germany, Voyago in Canada, Björks Buss AB in Sweden, 3CSAD in the Czech Republic and Mana Coaches and Howick & Eastern Buses in New Zealand.

The company’s financial debt (restated according to the new IFRS16 standard) stood at €1.86 billion in 2019, more than half of which is rental/leasing debt. This debt represents a net debt-toEBITDA leverage of 2.8x. The Group also renegotiated its main financing line of €1.1 billion for 5 years and placed €220 million euros in 10-year bonds, which enabled it to extend the maturity of its debt and strengthen its liquidity.

A commercial performance that exceeds the objectives set by the Group

2019 was a year of repositioning and significant business development, both in France and internationally. It is a sign of sustainable and profitable growth during which Transdev has demonstrated its ability to innovate and be ever more competitive.

In France, Transdev has notably won the operation of networks such as Dunkerque, Fougères, Grand-Verdun, Royan, Villeneuve-sur-Lot, Guingamp-Paimpol, Lamballe, Sens, Libourne, and the renewal of historic partnerships with the semi-public companies of Nantes and Limoges. These contract wins represent sales of €900 million over the term of the contracts.

Internationally, Transdev has made a name for itself in Germany, for example, with the €1.5 billion contract to renew and extend for 15 years the Bremen regional S-Bahn trains in Germany, in the United States, where the Group has had many successes, notably in Fairfax, and in Sweden in Gothenburg, where the Group won a €757 million contract, including more than 150 electric buses.

Outstanding performance in strategic sectors for the company: rail and the energy transition

Transdev has won these successes on a variety of markets, demonstrating its ability to position itself on complementary mobility offers that are increasingly moving towards carbon neutrality.

In 2019, Transdev has particularly distinguished itself in tramway activities throughout the world, with the new contract wins, extensions and commissioning in several countries:

With 24 tramway networks (two of which are under construction) operating in ten countries, Transdev is the world leader in this booming transportation mode as it meets the growing need for clean mobility and modal shift in urban areas.

Faced with the rapid transformation of mobility, Transdev is adapting its offers. In Europe in particular, Transdev strengthened its position as European leader in electric buses in 2019. With new contract awards in the Netherlands (156 buses), Sweden (157 buses), Germany… Transdev, which already operates more than 800 electric buses in Europe, should have a fleet of 1,150 electric buses operated by the end of 2020.

In the same way in France, Transdev has commissioned the country’s first hydrogen-powered electric BRT line in the Hauts-de-France region, deployed and opened to the public the 100% electric bus line in Valence, operates the electric coaches of the Lignes Express Régionales de Provence between Toulon – Aix and Avignon and commissioned electric coach services at the Nice Côte d’Azur airport.

Presentation of the results 2019

As an operator and global integrator of mobility, Transdev – The mobility company – gives people the freedom to move whenever and however they choose. We are proud to provide 11 million passenger trips everyday thanks to efficient, easy to use and environmentally-friendly transportation services that connect people and communities. Our approach is rooted in long-term partnerships with businesses and public authorities, and in the relentless pursuit of the safest and most innovative mobility solutions. We are a team of people serving people, and mobility is what we do. Transdev is jointly held by Caisse des Dépôts Group (66%) and the RETHMANN Group (34%). In 2019, with 85,000 employees in 18 countries, the Group generated total revenues of 7.4 billion euros.

For more information: www.transdev.com or download the MY Transdev app from the App Store or Google Play.

Articles that may interest you 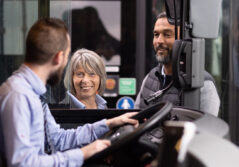 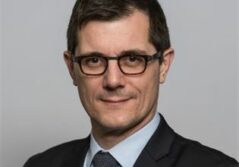 Find out more
How can we help you to move forward?
I would like to